LOOK: Patek Philippine Releases 4 New Aquanaut Versions
The average onlooker most likely wouldn’t recognize a Patek Philippe as much as a Rolex. But, among watch fans, it is universally regarded as the rich man’s Rolex.

Patek Philippe is a Swiss luxury brand with a reputation for manufacturing high-end and complicated dress watches. Its watches are recognized by many to be the most prestigious in the watchmaking industry, a favorite by collectors and investors alike—and it’s not surprising given their high precision, high-quality materials, and fashionable yet classic designs.

A Patek Philippe is a discreet luxury accessory for those who can afford it.

Aquanaut: History & The 2021 Versions of the Sports Watch

Patek Philippe is known throughout history for its dress watches worn under the sleeve of tuxedos—in banks, offices, and gala dinners. But, while it’s founded in a place surrounded by the Swiss Alps, its mind wandered away to the sea.

In 1972, the brand launched the Nautilus, a luxury sports watch that reached its peak in the 1980s. It accompanied the wealthy while on their boat trips, sipping champagne in exclusive yacht clubs. Later in 1997, it released a limited-edition, lower-priced alternative to the high-end Nautilus range.

The first Aquanaut was released in the form of the ref. 5060A, which was nothing short of revolutionary. It featured a three-part 37.5mm case, 120-meter water resistance, and the in-house caliber 330 SC automatic movement. It was presented in a rubber strap—the first in Patek Philippe history—which took more than a year to develop and was resistant to salt, UV rays, and bacteria. These features may not look as creative but at that time, they sparked great interest.

The 1,000-piece limited watches sold out quite quickly. Banking on that renewed interest in Patek Philippe sports watches, the brand released another model later that year, the Jumbo Ref. 5065 Aquanaut which featured a 38mm steel case and rubber strap. Other Aquanaut references included the following:

A limited-edition model with a midsize case and a sapphire display caseback.

A quartz Aquanaut, which was later followed by the quartz ladies Aquanaut watches Ref. 4960 and 4961.

In 2006, the first-generation Aquanaut watch was retired. But, this was followed by a second-generation watch from the same line, introduced at the 2007 Baselworld fair. It featured a larger 40mm case, the new Caliber 324 movement, a rubber strap, and a new dial and clasp. On the other hand, the first-ever Aquanaut Chronograph with reference no. 5968 was introduced in 2018.

The launch of the new generation of Aquanaut watches follows the drop of four new Nautilus releases in April. Let’s take a look further into these new eye-catching references.

The new Aquanaut watch for ladies had an upgraded quartz movement, particularly the Patek Philippe caliber E 23-250 S FUS 24H, which features a dual time zone display. It has two central hour hands: a solid hand for the local time and a skeletonized hand for home time. But, what’s interesting with this new reference is the option to line up these hour hands to become one. In addition to that, there’s also the subtle day/night indicator at 6 o’clock. Other aesthetic features of the Ref. 5269 are the 18K rose gold and the 48-diamond setting in the bezel, which, overall, set the watch’s price at $40,216.

The other 18K rose gold Aquanaut Luce has a larger 38.8mm case that houses the caliber 26-330 S C automatic movement. It has a date and seconds display as well as a stop-seconds function for setting the time to the exact second. The dial is strikingly white which is further contrasted with luminous applied gold numerals. The bezel also has 48 diamonds with a total of 1.11 carats. It is up to 120m water-resistant and is presented on a new matte-white rubber strap. It retails for $49,914.

Meanwhile, the stainless steel version of the Aquanaut Luce has three new interesting colors: black, white, and khaki green in a 38.8mm case. These are an update of the previous Ref. 5067 models and feature a bezel set with 48 diamonds and a matching rubber composite strap with a patented fold-over clasp secured by four independent catches. They run on the caliber E 23-250 S C quartz movement with sweep seconds and a date window display. Each retails for $20,108.

The other new Aquanaut watch is reserved for men, which is the first-ever white gold reference from the line. It is available in either a khaki dial or midnight blue dial in a 42.2mm case and with matching integrated straps. The first steel Aquanaut Chronograph watch was launched in 2018 and the new references feature the same 60-minute counter at 6 o’clock and the rounded octagonal bezel. They are powered by the automatic caliber CH 28-520 C movement with a rare flyback function. These features hike up the price of these watches to $69,190.

The Aquanaut is often regarded as the little brother of the famous Nautilus. Both are sporty, but the former gives watch fans a more accessible luxury sports watch. While it’s the case, you can rest assured that it’s nothing short of the features a Patek Philippe watch is known for.

Which of these new Aquanaut releases is your favorite? Let us know by leaving a comment below.

Also Read: 6 Most Expensive Wristwatches in the World

What Kind of Features We May Have in Modern Watches? 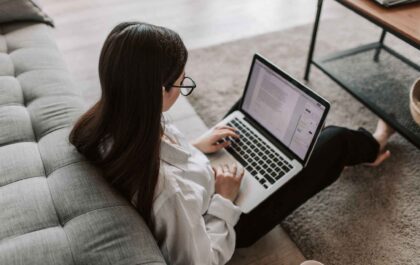