Home > Technology > Emerging Technologies: What and How they influence?
Business

For a long time, humanity has benefited from the improvements brought by technology. So much so that today, with emerging technologies it is possible to communicate from anywhere, get a transport in less than a minute and order food with few touches on the screen of a phone.

In the case of companies, emerging technologies promise to make improvements and change the way we work. Although we already have some examples of this, the trend is that in the coming years the investment will be much greater.

Therefore, in this text, we will explain what they are and how they influence in the future. Read on to know more!

How they influence large companies?

There are few fascinating instances of how emerging technologies will be powerful for huge organizations. There are forecasts that by 2050, for instance, we will all be associated with the Internet through cell phones and tablets.

Imagine how much this will facilitate the relationship between companies and their customers, improving delivery and access to customer service from anywhere. Interestingly, Google and Facebook are companies that already invest in projects that use drones to distribute internet to remote populations.

Another technology that is worth paying attention to is the relationship between ERP systems and the cloud. Today, there are quite a few companies that already use these two services. However, this will tend to increase, since updating in an ERP is much faster and cheaper in the cloud.

According to research conducted by Nucleus Research, the return on investment for companies that adopt emerging technologies is almost 3 times higher than for those using traditional servers.

These are just some examples; we also have the block chain that his relationship with Cryptocurrency promises to be a great alternative to deal with the finances of companies, including validation of payments and other transactions quickly.

What to expect in Future: Emerging Technologies

If we think about the new emerging technologies that will arrive in the coming months, the expected news regarding smartphones and other related devices inevitably come to mind: virtual assistants, folding phones or the deployment of the new 5G mobile networks are advances that will be charged strength this year, according to analysts. These launches will be joined by new electric and autonomous vehicles, unprecedented uses of block chain technology, increasingly sophisticated drones and even flying cars.

But when these news come to our hands, they are already standard technology; what breakthrough advances will 2019 bring us? We review here some of the trends in innovation..

The term Artificial Intelligence speaks to a lot of programming, logic, data and reasoning controls that are proposed to cause PCs to perform capacities that were believed to be solely human, such as perceiving meaning in written or spoken language, learning, recognizing expressions facials, etc. The field of artificial intelligence has a long history behind it, with many previous advances, such as the recognition of optical characters, which today are considered as something every day.

AI, is one of the most troublesome kinds of technologies that will be broadly available because of cloud computing, open source and the “innovative” network. While the first users will profit from the continuous evolution of technology, the remarkable change will be its enormous availability. These innovations likewise cultivate a network of engineers, data scientist and artificial intelligence architects, and inspire them to make new and attractive solutions dependent on artificial intelligence.

Well, the blockchain is the third digital revolution, which we met through Bitcoin.

Blockchain, it is a database with two fundamental characteristics: encrypted and distributed, that is, not centralized. This allows the transfer of anything (keep it: ‘anything’, not just Bitcoins) that can be digitized.

Data transfers are recorded in blocks chained together, so we always have proof of this.

Since it is not centralized in a server or controlled by any organization or company (the so-called intermediaries such as banks or governments disappear), the data is saved as copies between all the computer equipment that forms the network.

In addition, being encrypted, what has been registered in the chain cannot be modified or deleted.

With an example you will understand it better: A Simple Explanation of How It Works

The IoT concept – Internet of Things (IoT ) is about connecting as many devices as possible to the Internet so that they can communicate with each other to offer us a new world full of possibilities and uses.

These connectable devices were at first everyday objects, but the exponential development of this technology is including within that set all kinds of devices, sensors, machines, vehicles, etc. that form an intercommunicated ecosystem with enormous potential.

The projections of the impact of the IoT on the Internet and the economy are impressive: there are those who anticipate that in 2025 there will be up to one hundred billion devices connected to the IoT.

In addition, it is very common to think that certain technological devices or components do not require security. Moreover, we don’t even think they might need it. Who will believe that a remote lighting system or an aquarium thermostat requires some kind of cybersecurity? Systems with surveillance cameras, thermostats, printers, in short, any device with a direct Internet connection must be under the protection of the company’s security policy. All these devices equipped with Internet connectivity are part of what is known as Internet of Things, or IoT (Internet of Things ).

The Big Data lets you collect the large amount of information (large data) generated during the supply chain. Among other benefits, Big Data allows:

Also Read: The importance of data visualization in the era of Big Data

What the IoT is and Why you should be interested?

Payment Processor vs. Payment Gateway: Which one do you need for your Business, and How much does it Cost? 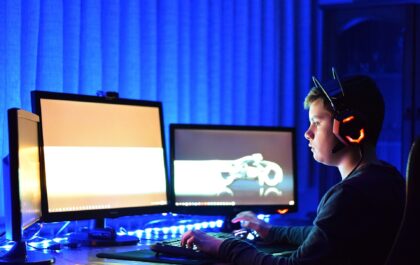 The line between console games and online games keeps blurring. For example, 22% of console gamers bought a game via… 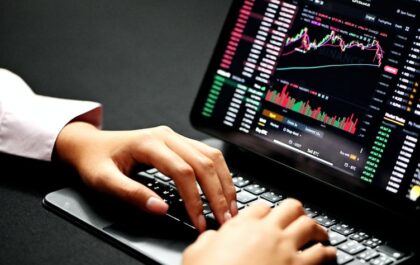 Are you looking for ways to diversify your investment portfolio? Then chances are you’re already trying your hands at forex…