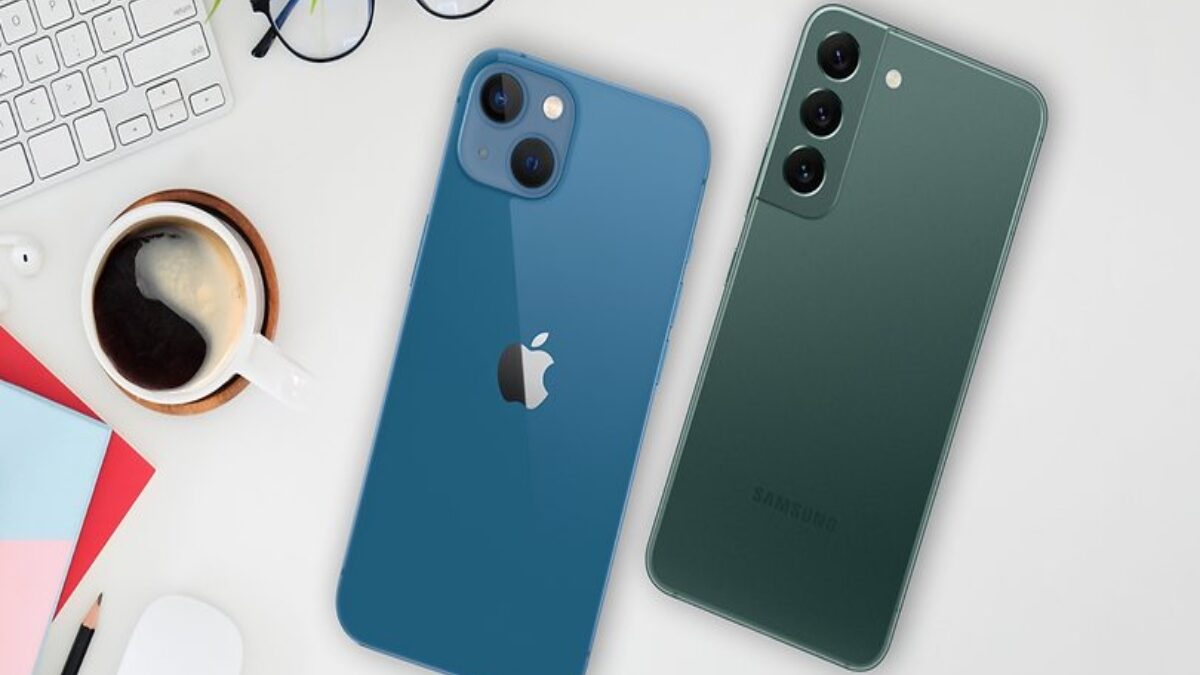 Samsung S22 vs iPhone 13,  let us know which phone is best. Also, learn how to transfer data transfer to Samsung from iPhone.

Samsung has recently launched the S22 with three models, including S22 Ultra. This latest Android phone of Samsung equipped with various latest features is highly in demand. So, can it unseat the iPhone 13? Of course, this question will remain in the minds of many seeking flagship smartphones this year.

So, let us figure out the differences between Samsung S22 and iPhone 13. Once you understand their features, you can tell which one suits you more. Also, know how to transfer data to Samsung S22 witha one-click solution. 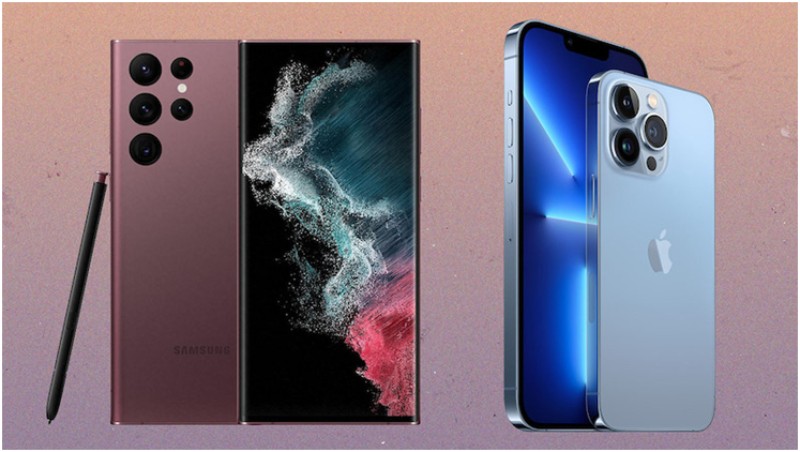 The following are some differences between iPhone 13 and Samsung S22:

When you compare the specifications of the iPhone13 and Samsung S22, both devices have unique attributes. For example, gaming professionals may like to use Samsung Galaxy S22 because of its refresh rate and brighter display.

Whereas photographers prefer the perfect shots clicked with iPhone 13. On the other side, videographers can use Samsung S22 due to its 8K video capturing capabilities.

Then, if you talk about the ecosystem, Android devices work better with Android-based tabletsandcomputers. In contrast, Apple devices run best with all iOS-based devices. In addition, Apple’s in-built MagSafe feature is very convenient for day-to-day activities.

Thus, the ecosystem plays a vital role in any smartphone, and it can be a deciding factor while purchasing a new phone. So, one should consider it carefully.

The base model of the Samsung Galaxy S22 Ultra costs approx. $1,199, whereas iPhone 13 Prox max values around $1099. So, you can notice a slight price difference in both. It also influences the buyer’s decision.

However, iPhone 13 and Samsung S22 are both premium smartphones. So, S Pen in Samsung Galaxy S22 can act as a differentiator.

Moreover, people who own Apple’s ecosystem for daily tasks should buy the iPhone 13 becauseit offers excellent connectivity with iOS devices.

Part 3: How to Send Files and Folders from iPhone to Samsung S22?

If you recently purchased a Samsung Galaxy S22 phone,but find it difficult to transfer data to Samsung S22, don’t worry. You can quickly send all files and folders from iPhone to Samsung S22 using a MobileTrans – Phone Transfer. It is a one of the mostreliableapplicationsenabling seamless phone to phone transfer.Moreover, it has a simple and easy userinterface.

Here are the steps to send files and folders from iPhone to Samsung S22:

Step 2:Select the “Phone Transfer” mode from the options. 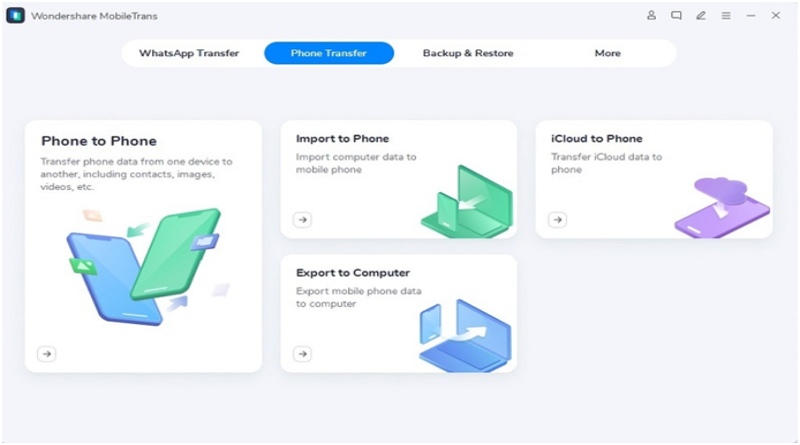 Step 3: Connect iPhone and Samsung S22 to the system.

Step 4: Select files and folders you want to transferto the Samsung S22. 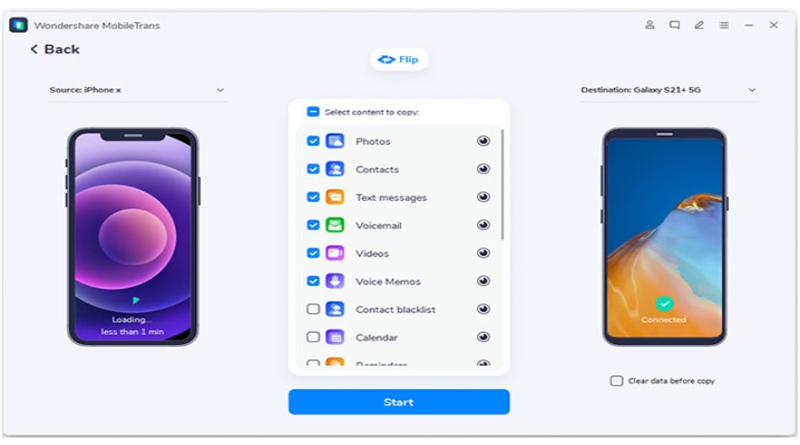 Step 5: Press the “Start” button and wait until your data gets restored.

It will only take a few minutes in a phone to phone data transfer. You will have all files and folders sentto Samsung S22 from iPhone 13 without any data loss.

Both iPhone 13 and Samsung S22 are fast and reliable. However, certain features make them suitable for different types of people. Though iPhone 13 is a powerful addition because of its impressive performance, larger screen, and excellent battery life.

But,Samsung S22 is a productive device due to its S Pen, multitasking features, edge-to-edge display, and impressive photography techniques. So, switch to Samsung S22 and phone transfer your iPhone 13 data to Samsung S22 to experience the best features.

How to Unlock iPhone Without Passcode?

What Should I Do to My Computer Before I Sell It?

6 Best Smart Gadgets for the Garden 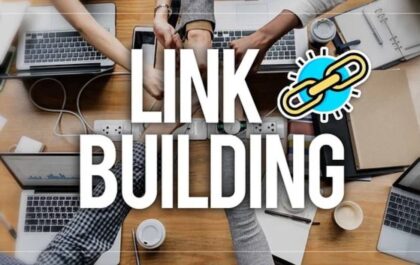 Everybody wants to be on Google’s first page and get good SEO scores. Learning about valid and reliable SEO tactics… 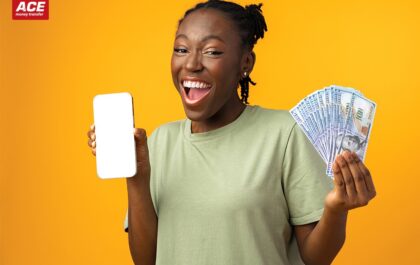 ACE Money Transfer, in collaboration with AZA Finance in Ghana, brings an exciting opportunity for Ghanaian expatriates living in the…