Home > Technology > Tesla Semi: What it is? All you need to know about this Autonomous Electric Truck
Tech News 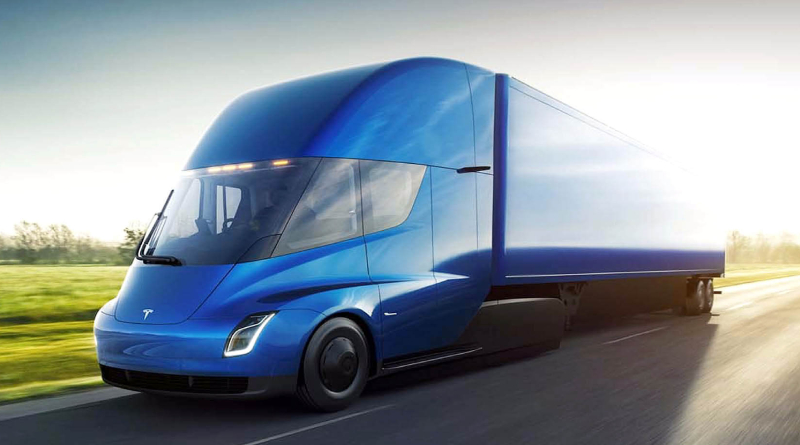 “Tesla” is branded for its electric vehicles — but now it wants to add trucks to its roster of roadsters.

What is the Tesla Semi?

Tesla Semi was introduced in November 2017 by Elon Musk, CEO of Tesla, and is the company’s entry into the commercial vehicle market. It is an all-electric vehicle with an autopilot function that helps long-distance truck drivers with semi-autonomous driving and safety.

Tesla also states that Tesla Semi can save fuel costs of more than $ 200,000 over two years with less-maintainable systems. Tesla guarantees that the truck will not break down for a million kilometers because it can only drive with two of its four independent engines.

What Powers the Tesla Semi?

The electrical batteries of the Tesla Semi work similarly to other Tesla vehicles and should be able to power the vehicle for a distance of 300 to 500 miles before charging it at a charging station.

Four engines, the same versions as the Model 3, independently drive four wheels through the rear axle. The design has been designed to ensure there are no differences, and the Tesla Semi can achieve the highest traction control possible for more excellent stability.

Check Out: Cozmo – The Smartest AI-Powered Robot Toy by Anki

How Big the Tesla Semi Battery?

The size of the Tesla semi-lithium battery defines an important feature of the truck: the distance that the platform can travel. Tesla says that the Tesla Semi model can cover 500 miles before charging, and the other version will cover 300 miles before a charge is required.

Due to the size of the vehicle needed for transport on the road (plus the charge it carries), the batteries are enormous. They start under the ground under the driver’s feet and extend to the rear wheelset in the cab.

How much the battery weighs up or how long it will take for the vehicle to charge, Tesla has revealed little, though the company suggests it could recharge 80 percent and 400 miles range in 30 minutes. Tesla says this is a crucial leg: after this stretch, drivers would have to take a 30-minute break anyway. The company promises a lot for battery development, but until the semi is on the road, it remains to see how the battery changes.

How does the Tesla Semi autopilot work?

Like other Tesla vehicles, including the S and X models, the Tesla Semi should have the ability to drive partially with the help of a semi-autonomous autopilot system.

Semi-autonomous is the keyword: this is not an autonomous vehicle, but the Semi will use a range of cameras and sensors to help computer systems onboard the truck, monitor its surroundings and help the driver, and others on the road. Are you sure?

The “Advanced autopilot” function helps the vehicle stay in the lane, warns of possible collisions, and, in an emergency, it can even automatically apply the brakes, even to the extent that appropriate measures are taken in the event of an accident.

For example, at the beginning of the Semi, Musk said that if the driver had a medical emergency and the truck could not get a response from the driver, he would call the ambulance.

Also Read: How Technology has Changed our Lives -The Two Faces

What is the performance of the Tesla Semi truck?

According to Tesla, the Semi offers a “rough performance” with acceleration from zero to 60 mph in five seconds or 20 seconds when fully loaded with a load of 80,000 pounds, the maximum he has on US roads can carry. The four independent engines allow for instant traction control, allowing the vehicle to negotiate steep gradients and downhill gradients quickly. It said that energy consumes less than 2 kWh per mile. Tesla says the best diesel trucks can handle 45 miles per hour at a five percent incline, while their truck can deliver 65 miles per hour at maximum gross load.

What is the range of a Tesla Semi?

Musk has promised 500 miles at maximum load on the highway. Eighty percent of the routes are less than 400 kilometers long anyway, which means that trucks can leave and return without loading.

What makes the Tesla Semi different?

According to Elon Musk, Tesla is designed to be “like a bullet” instead of the “barn wall” of diesel trucks. It has a drag number of 0.36, compared to 0.65 for a standard truck at takeoff. The side wings are the size of the trailer to be transported to improve efficiency

Your Guide to Starting a Podcast with WordPress