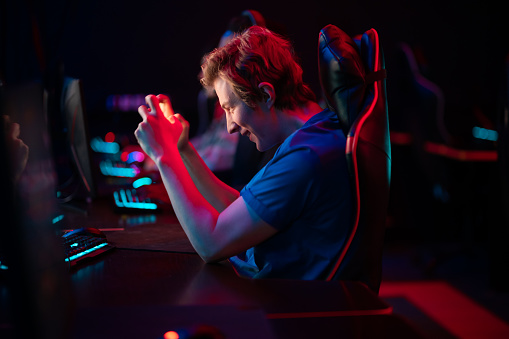 It’s no surprise that mobile gaming has expanded from merely a gaming platform to a powerful rival of PC and console games, thanks to upcoming technologies like Cloud Gaming and 5G services.

Mobile gaming is exploding in popularity and is predicted to take over the gaming sector in the near future.

As you can see, mobile gaming has the highest market share, so if you want to believe that it will become the future of Esports, there are plenty of reasons to do that.

The Growing Popularity Of Mobile Gaming

Mobile gaming is on the rise, and it’s only getting more popular as the number of smartphone users grows year after year. As a result, publishers are seeking to cash in on the shifting industry as more individuals prefer to play games on their mobile phones.

Given the esports industry’s historical development and the huge flexibility of mobile gaming, it’s reasonable to assume that mobile gaming isn’t simply a passing trend — it’s going to impact the future of esports.

People do not always own a computer or a gaming device. Even if they do, they aren’t as mobile or as accessible as, well, mobile phones! A smartphone is now something that almost everyone possesses.

Furthermore, many individuals replace their phones on a regular basis as technology advances. Mobile gaming allows creators to access an audience that was previously mostly untapped.

As a result, they are already developing games that are significantly more complex than traditional smartphone games.

Despite being mostly a PC-based sector, mobile Esports has seen a tremendous increase in popularity.

The focus today is on putting everything on a smaller screen in one location. Some of the most popular games have now made their way into the mobile gaming market, becoming the most popular mobile Esports games.

How Is Mobile Gaming Becoming The Future of Esports?

There’s no need to install any gear with mobile gaming; all you have to do is watch or download the game. To play your favorite games, you don’t need a costly PC or console.

Mobile phones’ accessibility and openness are game-changing features for Esports. You may prefer downloading a game from The Pirate Bay, but mobile phones have opened up a whole new world of eSports players.

The worldwide pandemic had a severe effect on all industries. Despite limitations and prohibitions on local competitions, prominent mobile esports tournaments saw substantial streaming records last year. Thanks to mobile gaming, this tremendous change has greatly increased Esports profits.

The commercial attractiveness of mobile Esports has been on the rise since the pandemic hit since it is a wonderful chance for advertisers.

While some nations have already implemented 5G, others are working tirelessly. This progress in the telecom sector has played a significant role in the growth of the mobile esports business. 5G is roughly ten times faster than 4G.

The immersive and pervasive nature of mobile phones has benefited mobile esports considerably. We consider our touchscreen phones to be a need. The transition to being a gamer appears far more natural than PC or console players. With mobile gaming revolutionizing Esports, this is no longer the case. All of this has resulted in an industry that is more inclusive and appealing to a large global public.

The rise of Esports in mobile gaming isn’t a coincidence; it was bound to happen.

Mobile gaming as a platform dominates the gaming industry due to its massive user base.

Mobile gaming technology is always evolving. Mobiles have now opened up the world of gaming to millions of people throughout the world, thanks to the proliferation of relatively low-cost yet high-end technology.

So, if you want to be updated on Esports, you must pave your way through mobile gaming, and if you need more details on this, feel free to contact us in the comment section below.

What is SaaS mobile app development? What Are Its Key Benefits?

Video Captions: How to Add Captions to a Video

How to Become Popular on TikTok?

TheITbase, 3 years ago
How To

How to Identify Different Types of Malware

Divya J, 3 years ago
How To